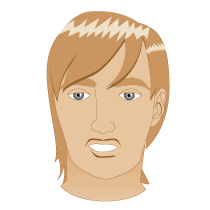 When my car started having problems a few years ago, I knew that I was out of my league. I didn't know enough about car repairs to make that much of a difference, but fortunately, I realized that making the wrong changes could devalue the vehicle. I was really nervous about making things worse, so I decided to invest in some professional automotive help. I hired a friend of mine to come over and walk me through some of the most common problems, and it was fun to learn more about what makes cars tick. This blog is all about diagnosing auto issues and knowing how to avoid problems.

After a car crash, one of the first steps toward getting your vehicle repaired is to turn to your insurance company. If the damage is major, the insurer may only want to pay you for the actual cash value of the car instead of paying for the repairs. The following are some things you should be aware of before taking the insurer's offer:

If the repairs to the vehicle are determined to be higher than the actual cash value, the insurer will likely total the vehicle and only pay you the amount they believe it to be worth in the current condition that it is in.

If the insurer declares the vehicle a total loss, you will not be paid more than the actual cash value on the day of the accident. This can be an issue for many people, particularly if they currently owe more money on the vehicle than what the insurer is willing to pay.

The insurer also has the right to claim ownership of the totaled vehicle to recoup the money they paid on your claim. If you want to have the vehicle, you have the option to buy it back under a salvage title. You can then pay out of pocket to have the car repaired. Once you have it repaired, you will then have to have the vehicle titled again with a regular title.

If you believe the insurer's decision about the status of your vehicle was wrong, you have some options to consider. One of the first things you can do is discuss the decision with your insurer and negotiate with them to see if they will pay for the damage instead of totaling the vehicle. For your insurer to consider this option, you will need to provide proof that the value of the vehicle is worth more than the actual cash value. Pictures of the condition of the vehicle or a recent mechanic's report are some forms of evidence you can provide. If you have recently paid to have the vehicle customized, such as new paint, wheels, or some other expensive enhancement, this may also persuade the insurer to change their decision.

Another option is to hire an appraiser to assign valuation to your vehicle. An appraiser can provide a qualified report that can be submitted to the insurer that can help contest their decision. As a last resort, you can file a lawsuit against the insurance company.